Description
Through repetition, sounding the words out, and through singing songs from English to Haitian Creole, the students will learn Haitian Creole. We will respect one another and take turns. I will first say the word. We will then say it together. Last, the students will say it by themselves. We will also learn through songs like Baby Shark, The Haitian Alphabet Song, and a Haitian Lullaby. You will learn common greetings. You will also learn short phrases. You will learn the numbers, colors, the calendar, the days of the week, etc. Your child must study the information that they are learning for the Haitian Creole language every single day so that by the end of 3 weeks, they will learn how to speak some Haitian Creole. They need to devote 20 minutes intervals at least 1 time a day in learning Haitian Creole every day. With practice, they will retain the language. During class time, parents please stay close to your child without being seen on camera because they are so young.
***At this age, it is very important for students to have an adult present during class, to ensure that we make the most of our class time together.***

Class Schedule
0 Lessons 00:00:00 Hours
0 Lessons 00:00:00 Hours
+ View more
Other related courses
00:00:00 Hours
PJ Mask Trivia, Letter & Number Recognition & Show and Tell
0 0 USD 13.13
00:00:00 Hours
Charades For Kids!
0 0 USD 12.62
00:00:00 Hours
Listening to Hear: How to Communicate with Others for TEENS
0 0 USD 52.53
Teacher
+ View more
Darline
"If you live to learn, you will learn to live" has been my saying ever since I can remember. Hi! My name is Ms. Darline and I am Haitian. I think it's important to offer classes that will have great impact on a student's future. I'm a single mom of 3. I am an experienced teacher as I have taught in various platforms starting at the age of 14: churches: Sunday school & choir director; Universities, other schools; and homeschool teacher for my 3 children. I have even used my degree to teach Fashion Design in a private school. I am also a life coach & I have coached people especially women as they live out their dreams and goals through my life-changing exercises. I love teaching self-esteem classes, life skills, cooking, and more importantly, my language, Haitian Creole. My classes are fun and I give lots of praise and encouragement. I have degrees in Fashion Design, Business Marketing, Life coach, Entrepreneurship; a Masters in Special Education, and I am certified to be an ESL English Consultant with my TESOL certificate. I am an experienced teacher, business marketer, entrepreneur, life coach, and more importantly, mom. I love teaching! See you in class!
Message
Watch My Video!

Other Classes by This Teacher Sew Much Fun: A Social Sewing Class with Intermediate to Advanced Designers 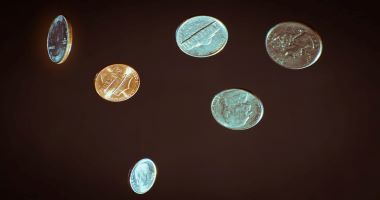 Socialize and Build With Minecraft Register your interest on this course!

Please choose a class schedule for the Gift from

Gifts are subject to Terms and Conditions. Unfortunately, gifts are non-refundable and discount codes are not applicable. However we will make sure your gift will be an enjoyable experience for your recipient!

How would you rate this course overall?